Letter To My Students: A Few Words About The Debate
Trill or Not Trill?

This particular letter isn’t about who won the debate. This isn’t about the fly on Hillary’s face or Donald’s Big Pun style of breathing. I could have written to you about a few things but today this letter is about words.

When asked about his now infamous tape, revealing his propensity to sexually assault, Donald repeatedly called it locker room talk. I won’t stand here and act as if 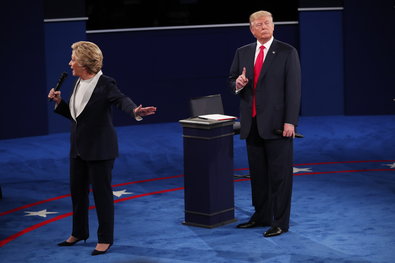 men aren’t speaking like that. I have had to correct some of you, my own students for such language. We live in a society where rape in part of the culture. So yes, Donald Trump is problematic and so are so many others.  As he spoke last night though the Republican nominee, said something that resonated with me. “ IT’S JUST WORDS, FOLKS. IT’S JUST WORDS.”

Here is where I say to you my dear student leaders, it’s never JUST words. The old nursery rhyme was wrong. Sticks and stones will hurt you and so will words.  In your leadership positions, please understand that you are a leader even when off the clock. Your words count. The playful banter matters. The offensive language, even in jest, matters. We would tell RA’s, that they are resident assistants 24/7. This meant uphold the standards of the position at all times. This meant people are always watching. This meant that your leadership stays on. When someone gets called a nigger or a faggot or a slut, those are not simply words.  Donald Trump’s Islamophobia drenched comments and sexist remarks are more than just words.  Calling people deplorables isn’t just words.  Relating the inner cities to a particular racial makeup isn’t just 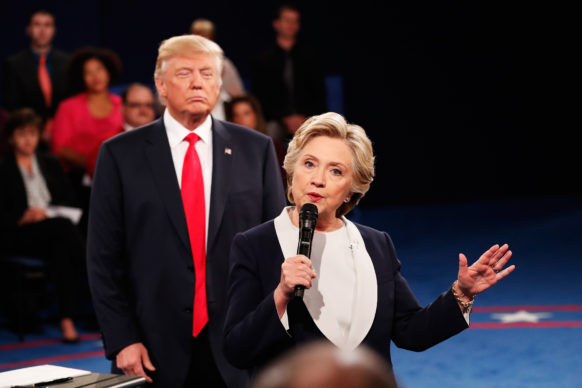 words. Because you made the  comments 11 years ago or  30 years ago isn’t an excuse. As a student leader you have a specific responsibility, so those comments you made sophomore year will be brought back into the light. You’ll have to do more than just apologize. It requires work to handle the ills of your past statements.  Our private space and public space had melded into this gray middle ground. With that said, even what you say privately isn’t private. What you say behind the doors should match what you represent in the open. Watch your words because they are directly related to your actions and impact so many in your position of leadership.

And speaking of actions, there’s another moment that you should pay attention to.  In reference to Hillary, Donald stated, “but I will tell you, she’s all talk.” To all my student leaders who know me, you’ve heard me say this to you in person and on this website. Talk is worthless without action. The thing about these debates is that there’s been lots of chatter; much ado about nothing.  In your own leadership positions, never leave room for someone to challenge your action steps.  Effectively communicate plans and be able show to your fellow students and masses how things will get down under your watch.

Both candidates have issues but that doesn’t mean you have to. Don’t be afraid to leave the locker room or check the people in said locker room.  Raise the bar with your words, your talk and your actions.