WELCOME TO THE BADLANDS: GOING ROGUE IN STUDENT AFFAIRS
Trill or Not Trill?

Well, hasn’t it been an eventful first couple of days of the Trump presidency? Executive orders flying like off the table like a dominoes’ pizza restaurant, gag orders, alternative facts, and of course as of early Wednesday, the Badlands National Park twitter account defying Donald Trump and going rogue. For those living under a rock, the EPA was silenced by Trump and his administration after some unTrumpian tweets were sent hours after Trump was inaugurated (facts? alternate facts?).  Early on Wednesday, Badlands began to post climate change related facts, which clearly do not align with the new administration’s game plan. The tweets were eventually deleted, and were blamed on a former employee who hacked the account.

Regardless of it being a hack or not, this brings up a great topic for student affairs professionals- is it ok to go rogue against institutional norms, or even a supervisor that you disagree with? You betcha. 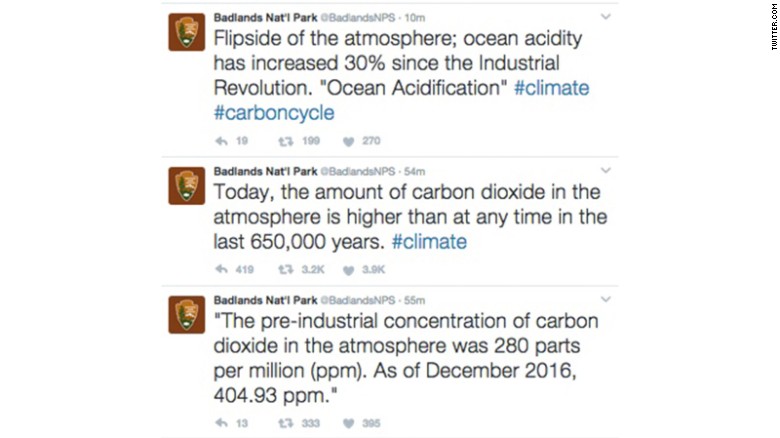 CHANGE IS SCARY, BUT IMPORTANT: I’m very transparent about who I am as an administrator in student affairs. I push boundaries, and I challenge norms. It has largely been the reason why I have been successful. It is important as higher education professionals that we keep in the “now”, know what is trendy (hello pop culture), and don’t be afraid to try new things. When done correctly, change is a powerful tool that could benefit your students and co-workers.

DIG YOUR HEELS IN AND DON’T BE AFRAID TO PROVE PEOPLE WRONG: One of the firs t major changes I brought to my previous institution was a full revamp of the leadership retreat that Student Government held each year. I took a very popular retreat (for which I believed was popular for wrong reasons), ended it and re-built strategically from the ground up. To say the least, I was initially met with push back. By the end of my time at the institution, the new leadership retreat structure was an institutional norm. We must be confident in our knowledge and ability to judge what is best. Change doesn’t happen overnight, so take your time, and be thoughtful in your approach- but be confident that it is the right approach.

FEEL FREE TO DISAGREE: It is ok to disagree with your supervisor. Unfortunately, not all institutions offer the ability to converse about ideas and opinions, and some supervisors are downright ignorant to views outside of their own. The current climate in the US has many people worried that we are slowly marching in this direction. When push comes to shove, if you do not have the ability to oppose thoughts and views of your boss, I’m not sure if that is the right place for success. As professionals we must do our best to provide an environment where all thoughts and opinions are heard, and the same should be done in professional circles. If something doesn’t make sense, or you disagree, voice your opinion. One of my early career defining moments was standing up to a boss- and it opened the door to opportunity.

INNOVATION IS SUCESSS: In our profession, unfortunately people become comfortable and stagnant. Don’t be those people. Innovation will make or break our industry, and you absolutely want to be on the right side. Innovation is everything I have mentioned wrapped into one- bringing something new to the table could show off your diverse skill set, or even encourage others to do the same.

GOING ROGUE ISN’T EASY…AND IT SHOULDN’T BE: You all might be reading this article and thinking, how I still have a job. Being a change agent is not easy, and it never will be. But I know for a fact that my career would be very different if I didn’t make certain decisions along the way, or not be afraid to be bold. Being a successful rogue agent in student affairs requires tough skin, resiliency, and the want to be a true impact. New ideas may not always work, but what counts is your attempt to try, and having the ability to step back up and go back to the drawing board.

We are in uncharted waters as a country and as an industry. Now is not the time to go by what is stated or pushed as normal. Intentional or not, the Badlands twitter account disrupted the norm. As my great colleague MrJeffDess often points out, if we don’t disrupt the system as educators, then who will?

Scott Siegel-Ortiz is a well-rounded higher education professional with over 8 years of dedication to the development and success of students. His passion for making an impact knows no boundaries and is constantly striving to reach the next level while encouraging his students to do the same.

Scott also loves long walks down the aisles of Target and likes to post lots of pics of his cats on social media.